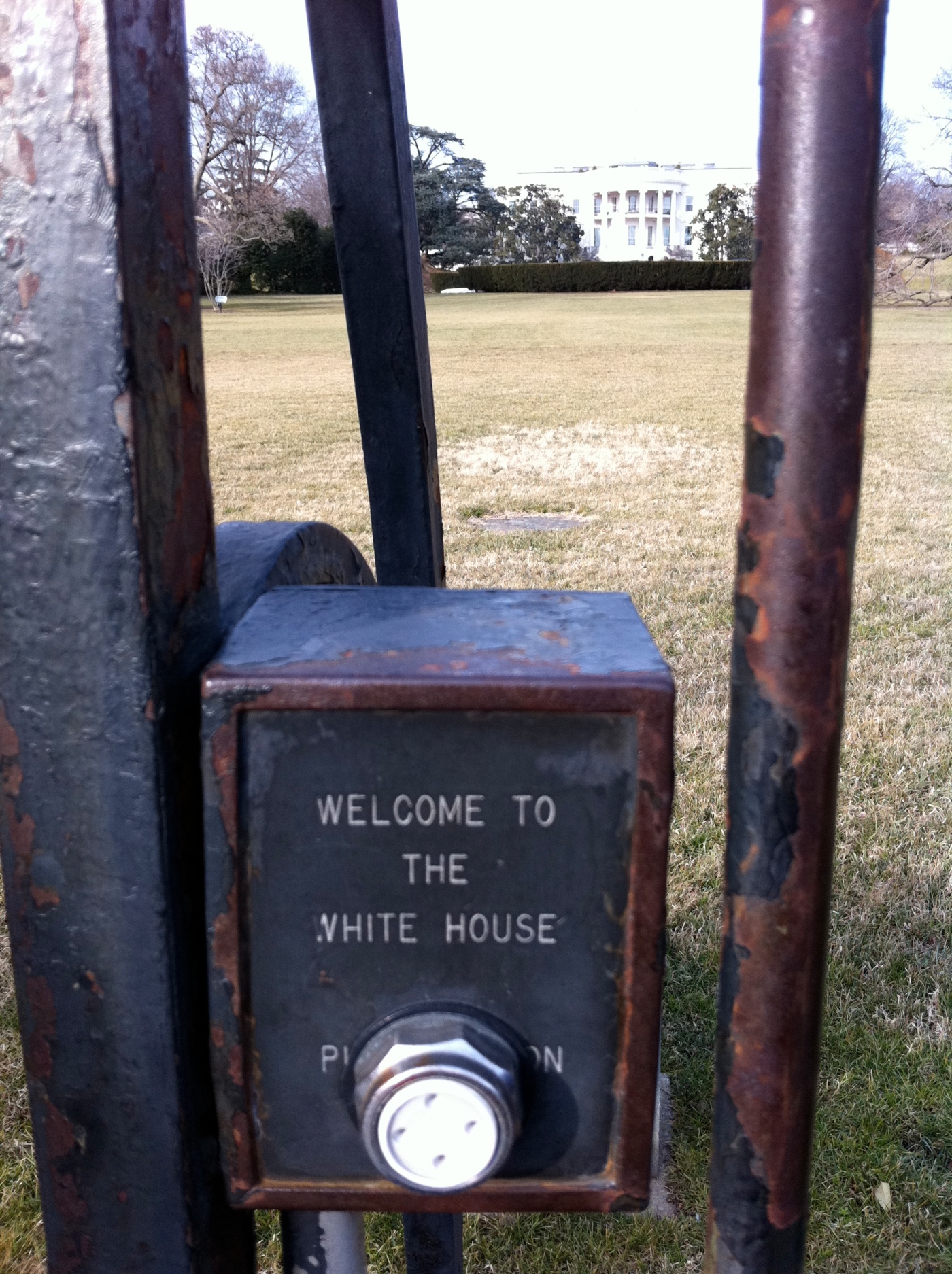 Ah, Washington DC. I went there for the first time last weekend and discovered two things about our nation’s capital: one, the White House is way smaller in real life than on TV or in movies (I also expected DC in general to be more like The West Wing, damn TV totally skewing my reality) and two, DC itself seems to be a cross between Providence and Boston, but cleaner and with wider streets.

Despite the temperature hovering in the 30’s the whole weekend, my friend Chrissy and I spent a good amount of time exploring The Mall and it’s monuments, Georgetown, the Smithsonian and, of course, traipsing around the city in search of a place that sold red velvet cupcakes (ya know, as one frequently does on trips).

When we got off the Metro a few blocks from the White House it was really surprising to see how few people were around. Granted, it was cold…and the Sunday of Martin Luther King, Jr Day…but still. Being that we’re so familiar with NYC and are used to seeing people all over the place (not to mention an underground that’s accessible from just about anywhere and travels just about everywhere) this was quite a change. It was so quiet! DC is definitely trickier to navigate in winter when it’s too cold to walk to far places that the Metro doesn’t come near (Georgetown, anyone?). Oh well, that just means we’ll have to go back!

So here it is, my DC top 5 – the spectacular, über fun list of the awesomest things we did in DC in the middle of January in a mere 29.5 hours:

1. The Red Velvet Cupcakery…when I first saw this lovely little place, I literally said out loud “It’s The Mothership!” We all know my obsession with red velvet anything and I was on the hunt for a cupcake place to try anyway…little did I know that this one existed! It was without a doubt the BEST red velvet cupcake I’ve ever had; definitely better than any cupcake I’ve had in Manhattan (and believe me, I’ve had a TON of those). Delicious, flavorful crimson cake with legit cream cheese frosting (using real Philly cream cheese, I asked). Amazing. All Manhattan cupcake establishments that serve red velvet should brace themselves if this cupcakery ever  makes its way up the east coast (they only have DC and Tuscon locations).

2. Acted like a complete tourist and take ridiculous pictures along The National Mall…it’s been quite a while since I traveled somewhere I’d never been and I was so excited to explore the city. Usually in those instances I pride myself on not looking like a tourist, but this time…screw it. Despite the cold, Chrissy and I were trekking along the The Mall snapping pictures. We only made it from the Washington Monument to the Lincoln because spending a good 4 hours outside in 30 degree weather was finally starting to get to us.

3. Visited the Smithsonian (and by visit, I mean skim two buildings in less than 3 hours)...any part of the Smithsonian was on my must-see list. I took a quick trip to the American History Museum…saw Dorothy’s ruby slippers, one of/the original Kermit the Frog and the inauguration dresses of many of history’s first ladies (PS: Michelle Obama wins for most fashionable. I mean, the woman wore Jimmy Choos. Enough said). I breezed through the National Art Gallery, but wasn’t in the mood to really take it all in. Plus, the 19th Century French gallery was closed off (boo!), so I definitely need to go back…also cause I couldn’t get Night at the Museum out of my head and I kept picturing the Jonas Brothers as the three little cupids flying all around me. Yeah, that was mildly annoying.

4. Caught up with an old friend at Kramers in Dupont Circle…excellent food + a cozy book store = the best place to catch up with an old pal who I hadn’t seen in over 3 years. Then the scary part: discussing plans for our 10 year high school reunion, EEK!

5. Georgetown…dinner at Cafe Boneparte on Wisconsin Ave. French food in Georgetown on the street of my homeland. You couldn’t ask for a better meal than that. And to top it off, I had nutella crepes for dessert and got a lovely new purse from Urban Outfitters afterward. Win! 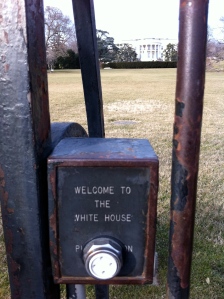 One day unlimited Metro card, $9. Red velvet cupcake from the Red Velvet Cupcakery, $3.50. Seeing our nation’s capital for the first time…PRICELESS. I can’t wait to go back when it’s warmer and the cherry blossoms are in bloom! In the mean time, I’ve gotta catch up on my West Wing.

One thought on “29.5 Hours in Washington DC”