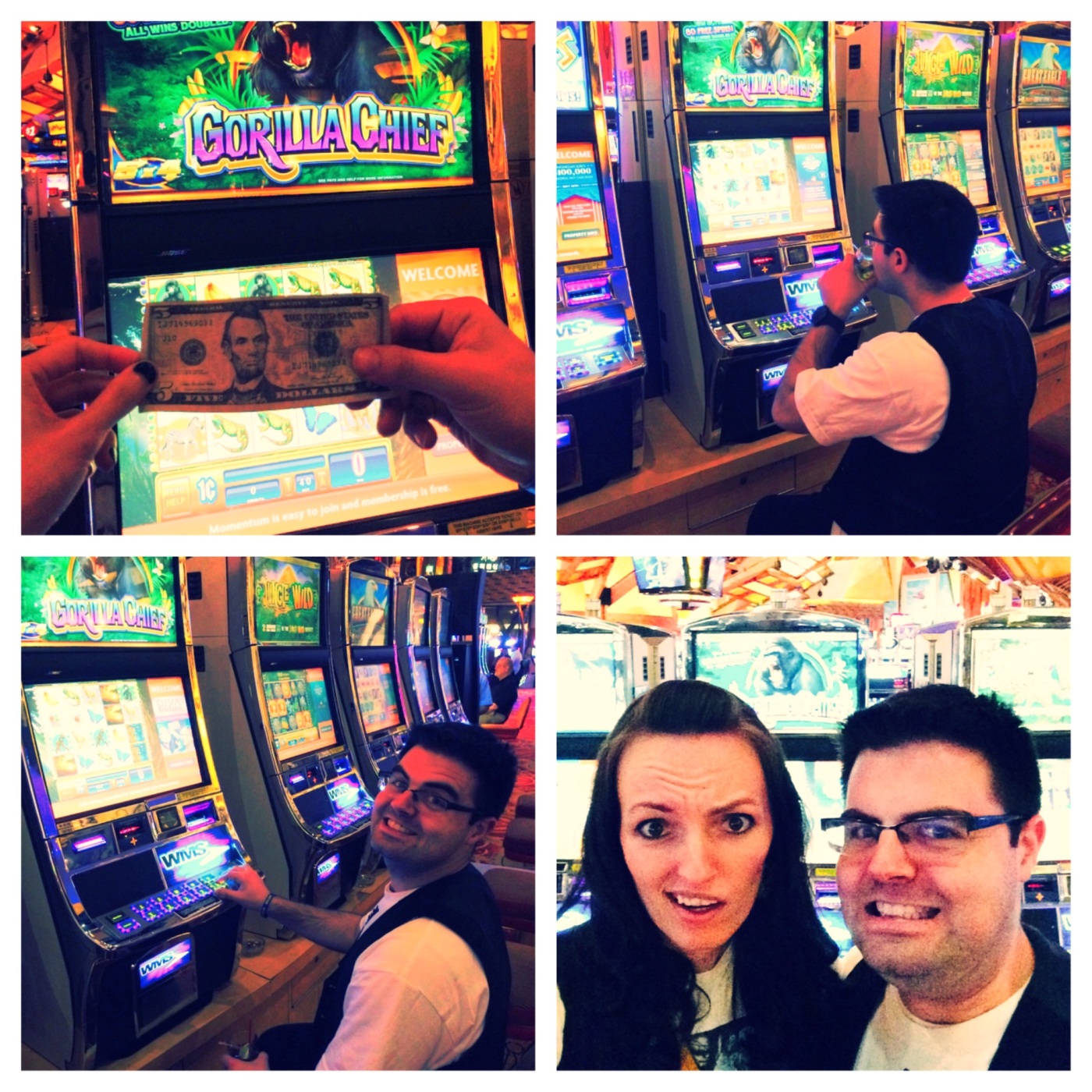 …that was last weekend. The boy, being born and bred in New Jersey, is quite an avid fan (to say the least). A few months ago during the heat of graduate school when Bruce announced some U.S. tour dates, he jumped at tickets to The Boss’ last stop on this leg of the tour: Mohegan Sun Casino Resort in Uncasville, CT. Sounds simple right? Not so my friend. To my surprise, Springsteen tickets are not an easy thing to obtain. Additionally, Mohegan Sun Arena has a capacity of less than 10,000 people which made the tickets even more difficult to obtain. Thankfully, the Gods of Rock n’ Roll were on our sides and we were able to obtain 2 tickets, in the second to last row of the top mezzanine. In any other arena, these would be your classic “nosebleed” seats, however for Mohegan Sun Arena they were perfect. We drove up to Connecticut on Sunday morning (following a rocking Saturday of volunteering at McCarter Theatre’s gala benefit) and came back Monday afternoon…talk about a whirlwind weekend!

First, Mohegan Sun is a giant playground for adults: I’m not just talking about all the flashing slots, roulette, etc, but the number of restaurants (oh hello, Bobby Flay), bars, night clubs, shops (Tiffanys and Coach?!)…seriously. Not being casino/gambling folk, needless to say the atmosphere was a little overwhelming. After making no less than 3 laps around the first level of the resort (maybe it was only 2 laps…it felt like we were going in circles), we ultimately settled on Sol Toro Tequila Grill. Then we sat back, relaxed, sipped our Riazul Anejo neat (wicked smooth tequila), and noshed.

[Quick Springsteen Diversion] Back in February, we found a $5 bill buried in the snow in a Wegmans parking lot. How lucky, we thought. We should do something fun with it! Buy a lottery ticket? Mmm, maybe. Months passed and it sat and sat on a table by our front door…you can see where I’m going with this, yes? Great. [End of Quick Springsteen Diversion]. Now…which slot machine to choose? Let’s go find a row where there’s no one around so if we can’t figure it out, we don’t look like idiots. Gorilla Chief it is! (for the record, there was no particular motive for choosing a slot machine with a scary-looking gorilla on it). The $5 went in…we pushed a few buttons…no money…pushed a few more buttons…bye, bye $5. #uberfail 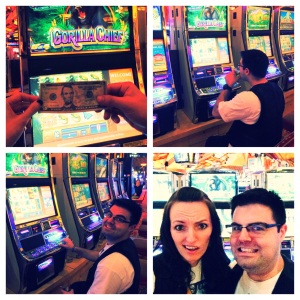 The concert itself…where to begin? Springsteen is a man who lives, breathes, and sweats Rock n’ Roll. The energy that this man has at the age of 64 is beyond impressive. If only all of us could look and be as energetic at his age (*crosses fingers*). He opened by coming out and yelling “Did you lose your money?” and a song called “Roll of the Dice” that I was unfamiliar with. As merely a fan who has heard his music as its been played in our apartment, I was expecting to know a few songs. Four songs in…none. Oof, we could be in for a long night, I thought, there might be darkness on the edge of this town tonight. Luckily, a little girl no older than eight brought a sign she made requesting “Santa Claus is Coming to Town.” Woo Hoo! I know this one! Sure it was May and in the upper 70s outside, but for those five minutes it felt like the holidays. Everyone was belting out the song! )PS: check out the video on the song link! 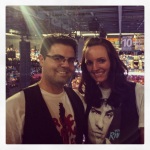 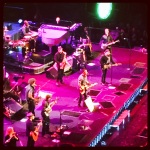 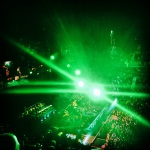 According to my ultimate Bruce source, The Boss was bringing out all the deep tracks that night which, to the hardcore Springsteen fan (i.e. The Boy), made the night really exciting, but to the casual fan (i.e. Me) it was a lot of unfamiliar territory. I know some songs by ear and some songs by name, but not many by both ear and name (gimme a break, I’m still learning). I got a nice taste of “Darkness on the Edge of Town,” “Frankie Fell in Love,” “Adam Raised a Cain,” “High Hopes,” “Cadillac Ranch” (a song that someone—I won’t say who—frequently plays for me because of the Wisconsin shout out in the studio version), “The Ghost of Tom Joad,” “Badlands,” “Born to Run,” “Dancing in the Dark,” “Tenth Avenue Freeze-Out,” and the stirring, concert-concluding “Dream Baby Dream.”

Overall, my first Bruce concert was a fun, cultural, exciting, and emotional experience, which is only to be expected when you are watching Bruce Springsteen and the “heart-stopping, pants-dropping, earth-shocking, hard-rocking, booty-shaking, Viagra-taking, love-making, history-making, testifying, death-defying, legendary E Street Band.”

One thought on “Just Another Roll of the Dice”