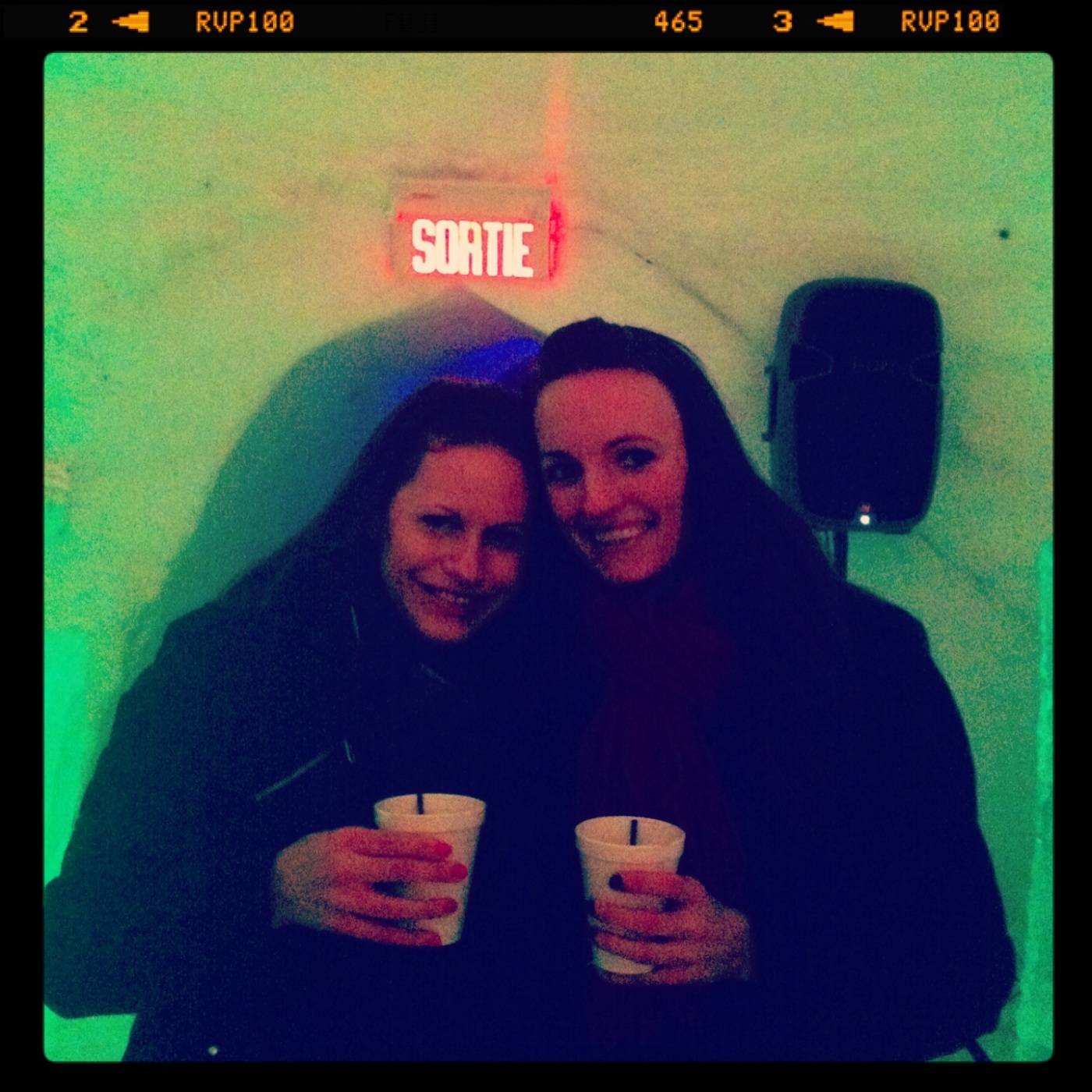 People said we were crazy; we said we’re awesome.

On January 9, a friend of mine and I had a conversation that went a little something like this…
My friend: Are you busy MLK Day weekend?
Me: *sigh*…nope.
My friend: …Want to go to Montréal?
Me: YES.

And so we did…10 days later. Snow and cold temperatures be damned, we were going to Montréal. At what other time in your life could you drop everything and go to Canada completely on a whim than when you’re in your 20s? Good, glad you see my point.

Two city girls on a budget heading to Montréal for the weekend for the first time is the perfect recipe for all kinds of shenanigans. And snowy shenanigans at that. I smell a Top 5 list a comin’…yup, here it is: 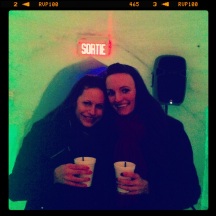 With a steady snow gently falling since we arrived last Saturday, we ran (and partially sled) our way around Montréal’s lovely Ice Village, making a stop at the Ice Bar for some chocolat chaud avec Amarula. Dare I say it was epic? Yes, it was pretty epic.

We were fired up for this bar. Literally. The people here have turned cocktail making into a beautiful art form. From unique and fiery concoctions (such as the one I had above, holy flaming shot Batman!) to the attention to detail of the bartenders and their stellar drink mixing, if you ever go here you will leave with a newfound appreciation for a truly well made (and delicious) cocktail. 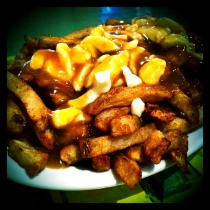 My friend is a French fry fanatic and I’m a cheesehead, so naturally we had to try poutine—a Québécois comfort food of French fries topped with cheese curds and smothered in gravy. The fries were great, the cheese squeaked (the sign of good cheese curds, dontcha know), and the gravy was, well, gravy. Poutine is definitely a ‘must-try’ for a first visit to Montréal…then it goes in the ‘one and done/never again’ pile. 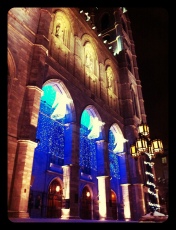 Wandering around Vieux Montréal was quite similar to wandering around certain arrondissements of Paris…only wickedly colder and much snowier. The cobblestone streets, quaint storefronts, and beautiful churches have such a European charm to them that you almost forget you’re actually in Canada, not Europe. We happened upon a lovely shop by the old port, Le Magasin Général du Vieux Montréal (where I had my big splurge of the trip: a leather cuff bracelet and mustard-colored scarf), drank whisky and wine at The Keg, took part in the city’s restaurant week at Taverne Gaspar, and then played in the snow and took dozens of wacky pictures in front of Basilique Notre Dame de Montréal (above) in the bitter night air. 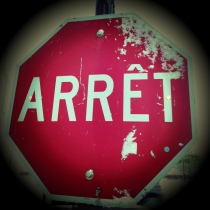 It doesn’t take much to amuse and/or fascinate me and seeing everyday English things in a completely different language was simply awesome (forgive me for being so profound). From this stop sign to ‘sortie’ signs, it was the little things like this that fascinated me. My knowledge of French is very limited, but I can recall enough from my middle and high school days to get by semi-comfortably…until people started speaking to me in French and, judging by my blank stare, they’d soon repeat whatever they’d just said in English. C’est la vie.
__________________________________
There’s so much of this city that we didn’t get to explore because of our short time there and the cold…which actually wasn’t that bad, despite one of the days having a high of 1 degree (but we were prepared with plenty of hand warmers and Under Armour). Montréal is definitely a city where I will find myself again someday, most likely during a time when the temperature is above 20 degrees. My Wisconsin bravado/cold threshold can only handle so much.