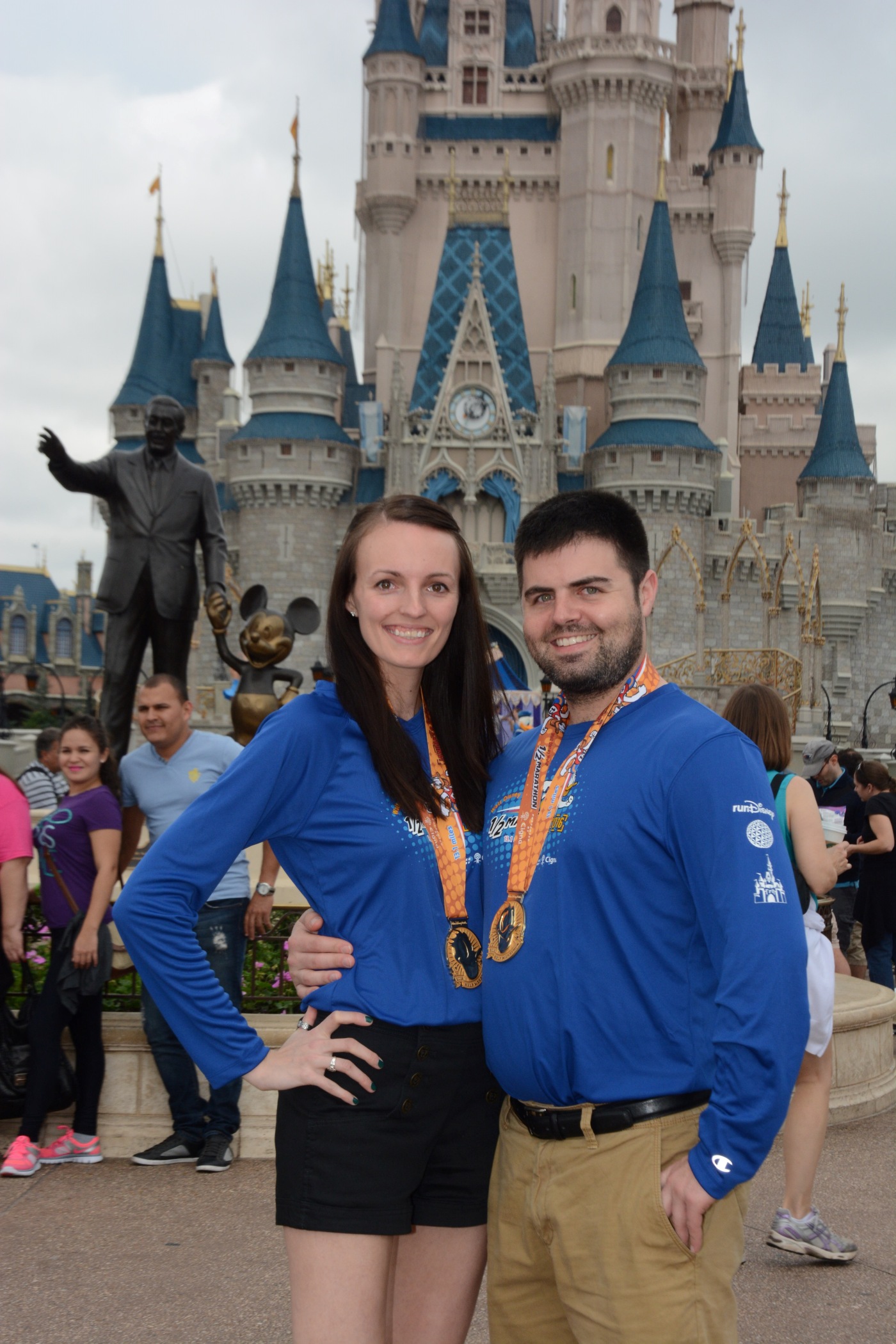 Now that we’ve returned from the happiest place on earth and (I think) recovered from our first half marathon, we wanted to share the excitement and experience of race day and what we learned.

First of all…we did it! And we completed the race in under three hours, which was our goal (not too shabby for our first half marathon, huh?).

Second: What a blast we had! Leave it to Disney to know how to truly make every mile magical. Despite getting up at 2:30am (Connor would like to point out that he was awake at 1:15am…show off…also, dude, why?), the morning actually flew by. We ate our english muffins with peanut butter (our favorite easy-to-digest pre-run fuel), boarded our bus around 3:15, got to Epcot about 30 minutes later, and sat around/stretched for about an hour before being ushered to our starting corral. The race started at 5:30am, but we didn’t actually cross the starting line until about 6:15am. Here’s a shot of us in our corral and then a little video of the race conDUCKtor (haha, see what I did there?), Donald Duck, sending us off in true Disney style. 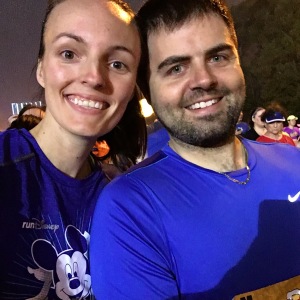 After that, we were off and running! It was a little packed at the beginning (you don’t realize how narrow those Disney roads can get when you’ve only been on them by bus!), but those expert crowd-weaving skills I’ve mastered by being a frequent Disney visitor over the years really paid off. We didn’t stop for many photo-ops along the race course (holy cow those character lines can get really long!), but we at least had to do this one:

The race moved along quite swiftly actually. A few of our top magical moments include: running up Main Street, USA, around the Magic Kingdom park, and through Cinderella Castle; the amazing team of RunDisney volunteers (everyone we met was so nice and supportive!); Sarge from Toy Story giving us all some much-needed motivation around mile 10 (take a look below), and making the final loop around Spaceship Earth hand-in-hand.

It’s hard to believe that the training is finished and the race has come and gone. What seemed like an impossible feat merely a year ago, is now a reality: we actually did it! Although miles 8-10 were a little rough (I can’t quite pin point why), we felt very prepared from the training we did. That being said, e couldn’t speak more highly of the Jeff Galloway training program recommended by RunDisney. For first-time half marathoners like ourselves, it was an incredibly valuable resource and guide as we ventured into this unknown territory (until this point, neither of us had run anything longer than a 5K). If you’ve ever considered running a full or half marathon or even a 10K, you can absolutely do it. The Jeff Galloway program is for you! Check out all his customized RunDisney training programs here: Running Programs & Guides.

So, you might be wondering: what’s next? Good question. Well, we’re still thinking about it. I won’t dare mention specifics, but I have a feeling we’ll coast toward our next race soon enough. Until then, here are some more of our favorite shots from race day, including a celebratory photo-op with our favorite dog! 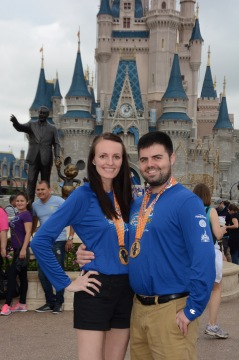 2 thoughts on “Post-WDW Half Marathon Thoughts”